Introducing your Child to Sports

Gianna “Gigi” Bryant was a budding basketball player, ready to take on his father’s legacy, NBA legend and Lakers superstar Kobe Bryant, all the way to the WNBA. But then the helicopter crash on 26 January in Calabasas, California, killed Kobe and Gigi, together with seven other souls including another 13-year-old basketball player, Alyssa Altobelli.

By contrast, 20.6% of adolescents between 12 to 19 years old are considered obese. Your child is turning seven soon, and you want to be on the side of the 36.9% rather than on the 20.6% side. What do you do? How do you get your child interested in sports? The following discussion perhaps might not bring about Kobe’s “mamba mentality” from your child, but it presents useful insights on how to keep them active. 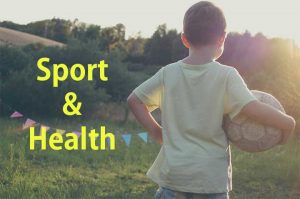 It should start when they’re still young when the challenges are in small playgrounds or parks doing activities, like climbing cubes, hanging on monkey bars, going down the slide, and throwing and catching balls, swimming.

TVs, computers and video games are winning out in this battle between indoor vs. outdoor. That is where the main shift needs to happen first. Begin by rationing kid’s time in front of devices and replace it with time spent outdoors.

Getting Sporty: Introducing Your Child to Sports

You are not your child. If you liked playing football when you were a kid, don’t immediately expect that that should be the sport for your child as well. Here are more things to think about.

1. Expose them and let them decide.

With almost anything, we need to establish a connection. It’s the same with sports. Expose your child first, either by going to the games together or watch sports on TV together. Discuss it with your child. Be informative, but don’t overload their system with too much information. If your child is showing leadership qualities, then maybe they can be good at team sports. If they’re high on energy, they would perhaps like surfing or snowboarding. Find out what suits them the most.

2. Don’t forget about the fun.

Introduce a sport in a fun way. For example, a modified football game involving family and extended family members in your backyard or at a park is a good way for a child to learn about the sport and appreciate it as part of family activity.

Even though you’re tired from working all day, take time to talk to your child about what happened in school. Ask specific questions about any activities involving sports. Invite them to tell stories or ask them if they’re interested in joining any team or any sport. If they do become part of a team, show up at their games and demonstrate your support. Remember, it’s not only about joining in a sports activity, but it’s also about sustaining participation.

Focusing on Introducing Your Child to Sports; you should also be prepared about a long-term investment, should your child become a young athlete. You will spend on gears and equipment, which will keep them motivated. This is a good reinforcement but certainly not the only way to be motivated about doing sports. Remind them always that sports are about being healthy and developing the abilities to conquer challenges.

Best batteries for metal detectors with Tips and Buying Guide

Save 50.0% on select products from Kitcheekat, LLC with promo code 50KITCHEEKAT, through 11/30 while supplies last.